Last Saturday morning, before he headed back to Bradford City to report for training, Paudie O’Connor had a little chat with our u12a boys team & u12s girls team. He told the youngsters of how he was once where they are right now playing soccer in Breska Rovers and how he worked hard to be where he is today. He also told of his three best experiences as a professional footballer. Paudie has been using our pitch as he regains a bit of fitness before heading back to pre-season and he presented the club chairman David Gee with a token of appreciation in the form of a donation to the club. Greatly appreciated so thank you Paudie, you are a great ambassador for the club and a terrific role model for our young players.

Finally we would like to wish Paudie & his Bradford City teammates the best of luck for the season and hopefully soon we can get over to see you in action! Read the full letter from Paudie to the club. 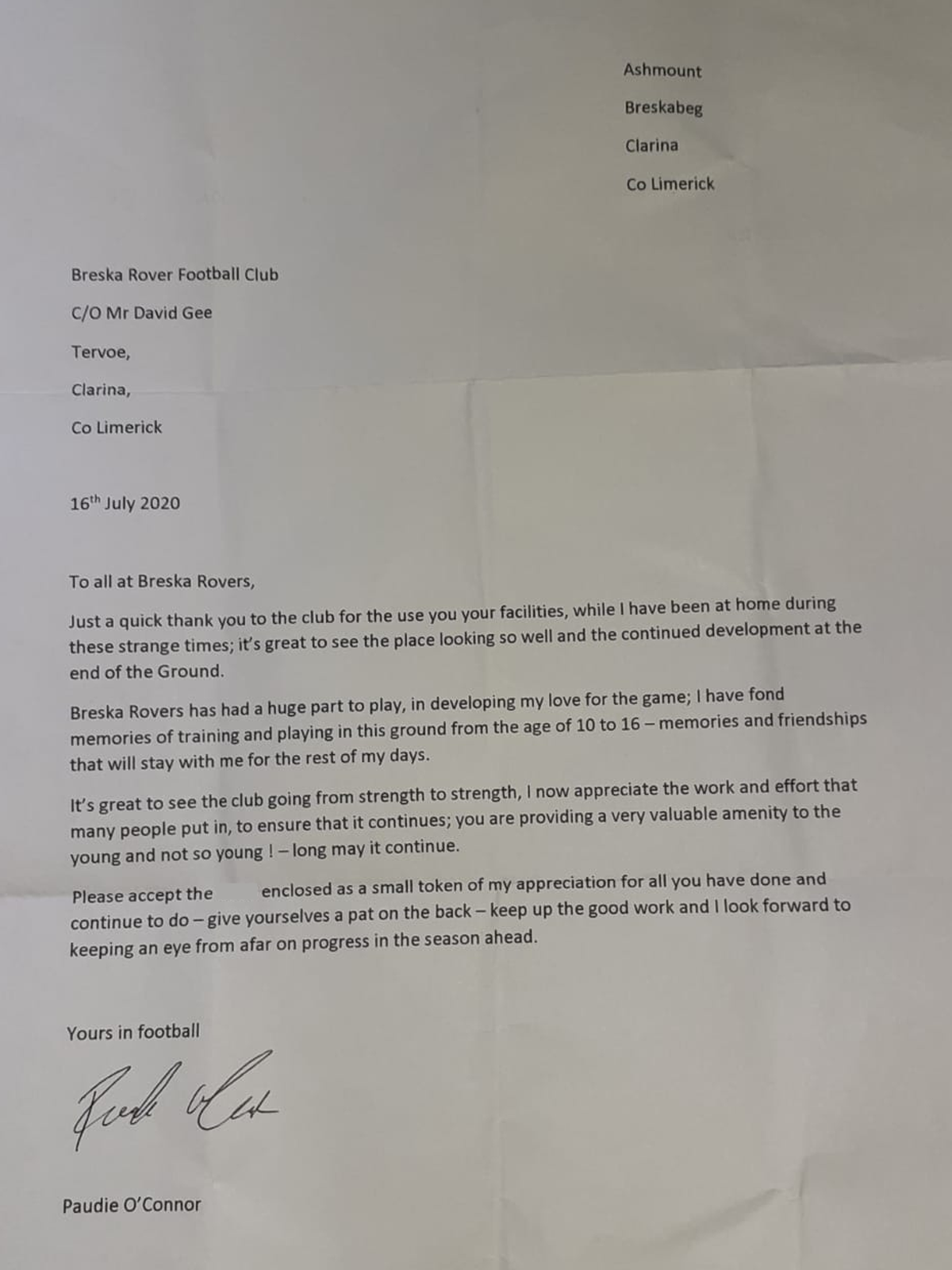